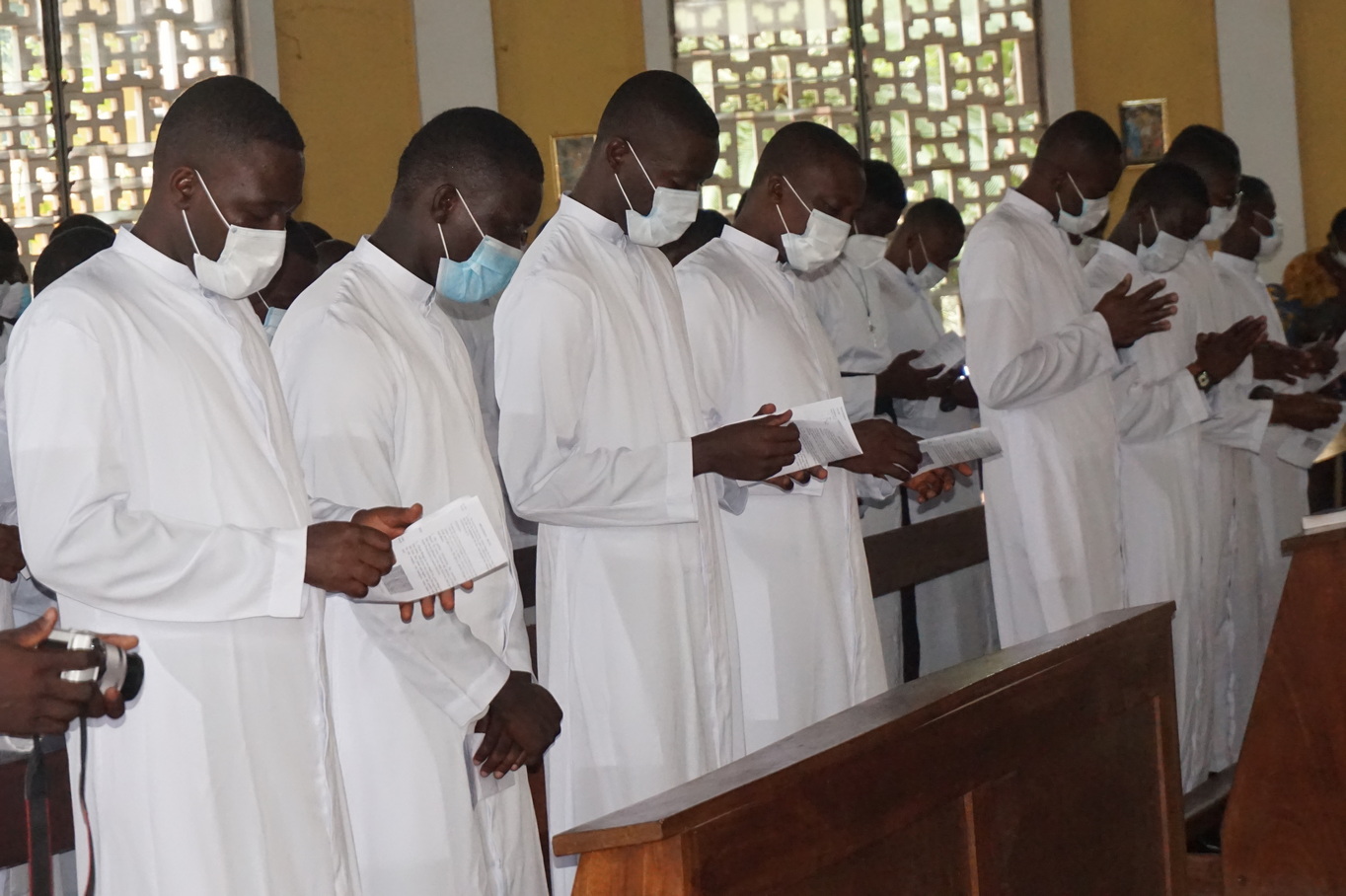 The seminary has always been a unique place, both as an institution and a place for training men to respond to the call of God into the ministerial priesthood. It has also been a place where many people have formed theories and mysteries about. Well, one of such mysteries that this article wants to focus on is: do seminarians have a challenge at all, since it is God himself that called them there? Yes! Seminarians do have challenges in the course of their training. While the rector can best tell the challenges of the seminary as an institution, my concern here is to share with you some challenges seminarians go through in their formation. The challenges may vary but each seminarian goes through one challenge or the other.

The first challenge is family pressure. Not all seminarians had the blessings of their families to enter the seminary. Some seminarians practically went through what Jesus said about discipleship when he said “anyone who comes to me must hate father, mother, wife, children …” (Lk. 14:26) as they had to radically break ties in order to enter the seminary. Some of these relatives keep pestering, scheming and finding ways to frustrate these young men to leave the seminary. One practical way is refusing to offer financial and material support in his training, which on its own can be a challenge. It takes the grace of God to ward off such pressure.

Also, the seminarian by his training, “is a gentle man”. This gentility is manifested in his speech, conduct and appearance. The challenge here is that the seminarian is often in the spot light and can mostly be perceived as the “Mr Right” and the dream guy of most friends from the opposite side. On the other hand, seminarians can also misinterpret genuine friendship with the opposite sex to mean amorous love.

Academic work is yet another headache. The academic formation forms an integral part of the seminarian’s life in the seminary. As such, he does an average of nine (9) courses every semester. Now, “…if the failures of second semester added to those of the first constitutes five (5), he is withdrawn” (cf Academic Booklet for 2019/20, page 6). Thus, the work load and fear of failure can be a major challenge for some seminarians. In addition to the above is the number of years for seminary formation. In Ghana currently, the number of years for seminary training is nine years or more. As a result, anxiety and fear of the unknown may be a challenge that seminarians battle with in their formation.

Lastly, issues of health. Truth be told, there are a number of seminarians with one health condition or the other. Depending on the severity of the sickness and its cost of treatment/management, the seminarian relies on both his Bishop or Superior and the generosity of the family and friends. In this instance, the thought of the sickness alone is one issue, then follows the means for/of treatment or management. I tell you, any of these two can give nightmare to some seminarians.

Having said the above, I do not intend to demystify anything about seminary life. By this write-up, I only wish to bring to light that being a seminarian is a response to God’s call with its challenges. However, with the help of God, the faithfulness and determination of the seminarian concerned and the support (both spiritual and material) of others, we have come this far in our various stages of the formation. The second thing is that it could be an encouragement to my brother seminarians that, none of us is entirely there without a challenge, they only vary from one person to the other. But the surest thing is that, God would not allow a challenge beyond one’s strength to come his way (1Cor10:13). And finally, the write up is an appeal to those of you our family members, friends, parishioners and well-wishers out there, that being a seminarian could be a daring response of a yes to God without counting the consequences. Therefore, encourage us, pray for us and support us as you have been doing.